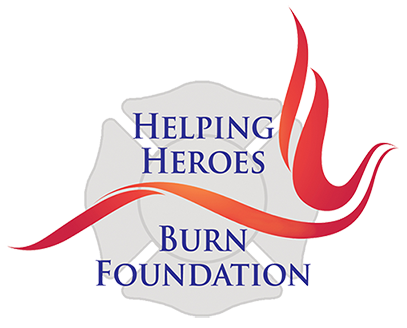 The Helping Heroes Burn Foundation, Inc., is a 501 (c) 3 organization.  Donations are fully tax deductible.  Donations are used exclusively for the purposes set forth in the mission statement.  There are no paid employees.  All HHBF board members are volunteers.

On February 15, 2013, the Bryan, Texas, Fire Department suffered a double line of duty death of two veteran lieutenants of the Department.  Two firefighters were also severely burned.  Lt. Eric Wallace was fighting the commercial fire when he became disoriented.  The Rapid Intervention Team (RIT) led by Lt. Greg Pickard entered the building to rescue Lt. Wallace.  During the rescue, the RIT members and Lt. Wallace sustained severe burns.  All four were transported to a local hospital where Lt. Wallace succumbed to his injuries.  The RIT members were flown to the burn center at UTMB Galveston.  The next day, Lt. Greg Pickard also succumbed to his injuries.  Firefighter Ricky Mantey and Firefighter Mitch Moran both sustained second and third degree burns to more than fifty percent of their bodies.  They remained hospitalized in the burn center for the next two months.  Several months of therapy and multiple surgeries followed for both firefighters.  The courage of these four brave men has been an inspiration to firefighters across North America.

As individuals came together to assist in finding financial assistance for these brave heroes and their families, we learned that the families of firefighters who lost their lives in the line of duty receive financial assistance from various governmental and non-profit entities, and rightfully so.  We quickly discovered, however, that not as many resources exist for firefighters who are burned in the line of duty.  After witnessing our own firefighters and their families struggle with the burden of receiving prolonged medical treatment at an out-of-town burn hospital, we saw a need and decided to do something.  From that concern, the Helping Heroes Burn Foundation, Inc., was created.  We hope that through the generous support of firefighters, firefighters’ associations, individuals, corporations, etc., we can lessen the burden on firefighters and their families to allow them to focus their energies on healing.  The organization is meant to help injured firefighters across the country, and as we grow, so does our ability to reach out to injured firefighters in all 50 states.  We also discovered, through our time spent at UTMB in Galveston visiting our heroes and their families, that there is a critical shortage of skin organ donors.  It seems there is less awareness that skin is an organ of the body in potential donor situations.  We hope to educate the public about this need and encourage skin donor registration through established organ donor organizations.

Theme by Anders Norén — Up ↑